The Altars of Destiny

The mystery of murdered monks deepens for the druid Gwynlan, murders perpetrated because of their involvement with a venerated druid manuscript indicating the location of the hidden Treasures of the Britons – the Cauldron of Rebirth and the Spear of Lugh. The Church’s brutal agents, the Holy Vengeance, are intent on usurping the druids’ secrets and using them to undermine the old Celtic religion. They are on Gwynlan’s trail as his investigation leads him from Armorica across the sea to Britain. There, at the Giant’s Dance – Stonehenge – Gwynlan faces mortal danger. Will he and his companions reach the druids’ centre of religion on the sacred isle of Môn? 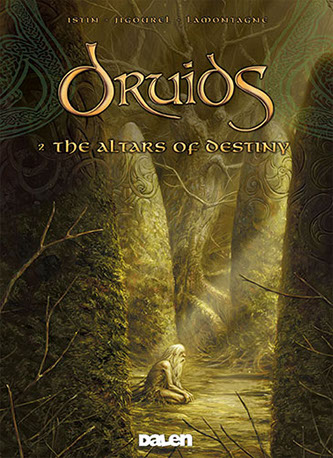